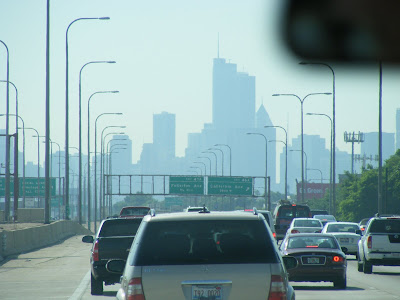 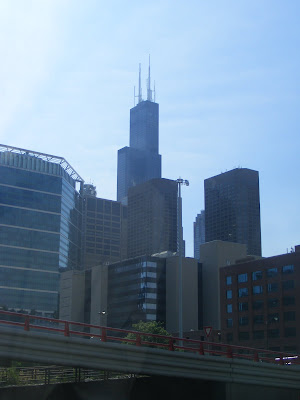 We met up at Cosi's Coffee shop where I grabbed a welcome smoothie. 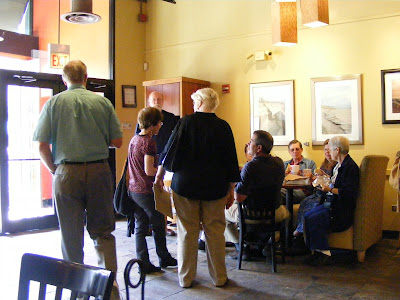 We were in for a real treat at the Art Institute of Chicago. We visited the Print Study Room where a selection of prints and blocks had been selected for our enjoyment: 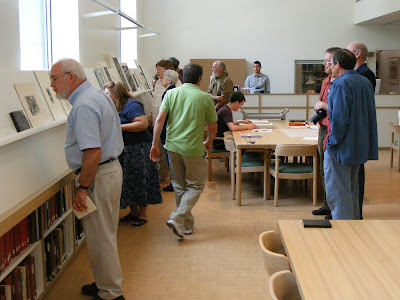 The first item could not have been more appropriate for me - three proofs from William Blake's wood engraved illustrations to Thornton's 1821 edition of Virgil.

The middle one is probably the most important print in terms of my own development as a printmaker. It is a tiny thing but of huge significance to me and one that I wanted to refer to when I spoke the next day: 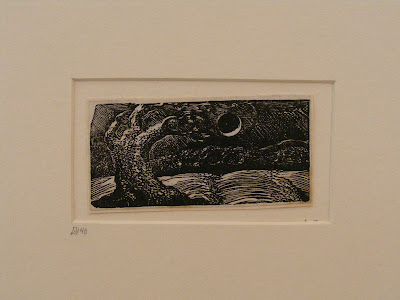 Of the blocks on display, I was particularly taken by one engraved by Lucien Pissarro, son of the Impressionist Camille. If you click on the image to enlarge it you can see where the block is starting to split. This is not uncommon with engraved blocks, which are often made from smaller pieces of wood glued together: 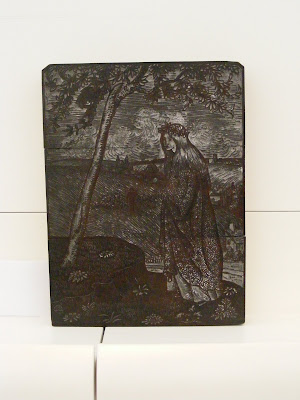 Another exciting inclusion for me was one of the small number of wood engravings that the English Pop Artist Peter Blake (he of the cover to the Beatle's Sgt. Pepper album) has made. 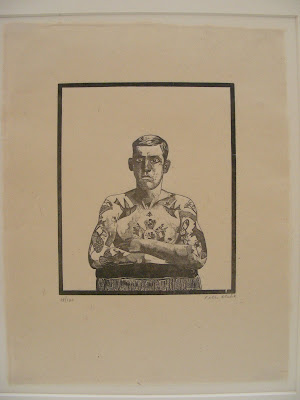 We had lunch in the Art Institute restaurant and then took the opportunity to see some of the other treasures from the collection. I was particularly keep to see Seaurat's La Grande Jatte, having seen the other version and many of the preparatory sketches. Grant Wood's American Gothic was another "must see".

The works that made the most impact on me were by Ivan Albright. Having seen his work only in reproduction, it was stunning to see pieces for real. Even the carved wooden frames were fascinating. There was something Blakean about the figures on the frame of "Into the World There Came a Soul Called Ida": 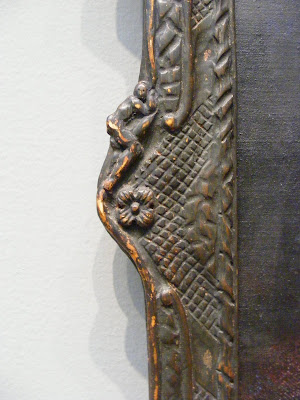 I was particularly taken by a large gouche called "The Rustlers" (Thanks, Tony for the photo). It is an image that I find myself returning to over and over again: 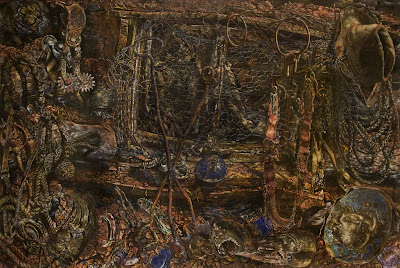 Eventually, we had to leave and walk a few blocks through the city: 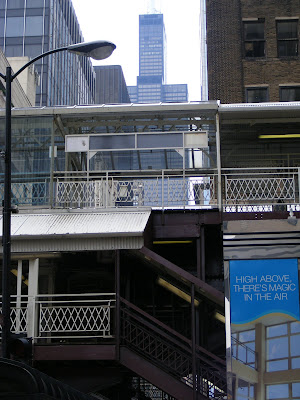 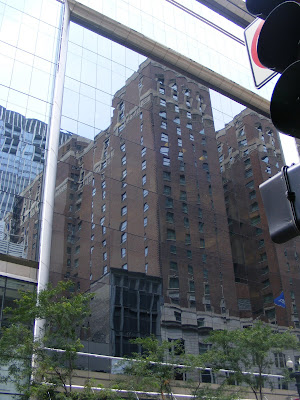 To catch a bus: 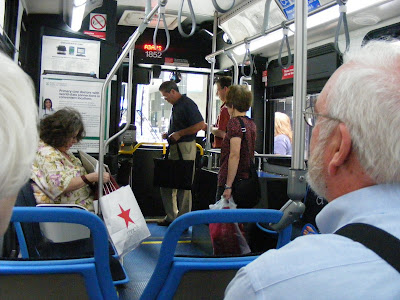 To the wonderful Newberry Library. Once again, we were able to view rare items at close quarters. Highlights included a large collection of engraved blocks by Thomas Bewick and an early book by Maurits Cornelis Escher.

Afterwards, we walked to the Sherwin Beach Press. Here we enjoyed refreshments, examined the work of the press, showed off our own and chatted to members of the Caxton Club. It was a very pleasant occasion. 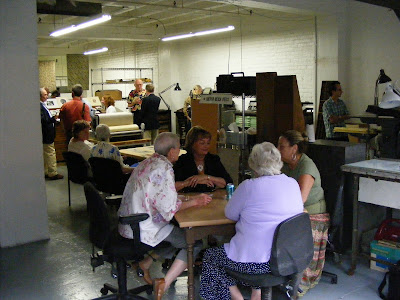 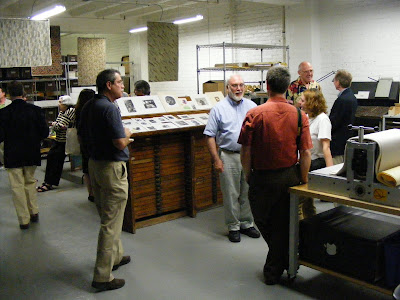 This was followed by a drive through the city. 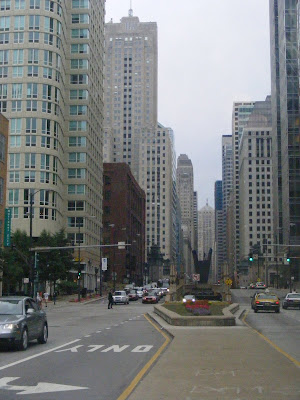 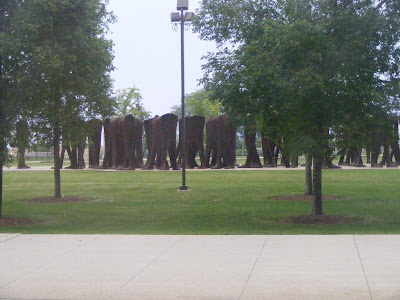 Then a stop to enjoy a view of the skyline and Lake Michigan. 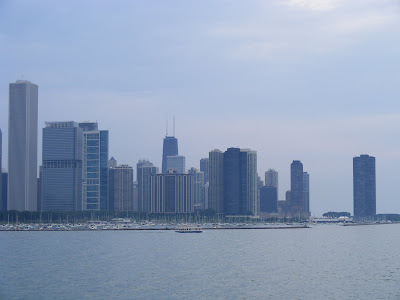 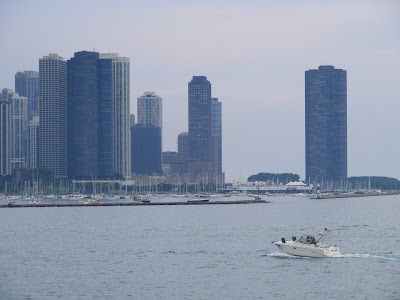 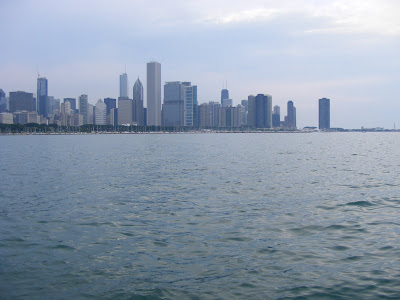 We then parked and walked past hedges (some appropriately of box) to... 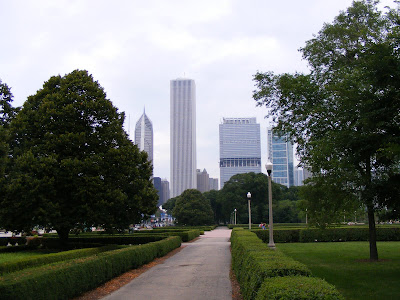 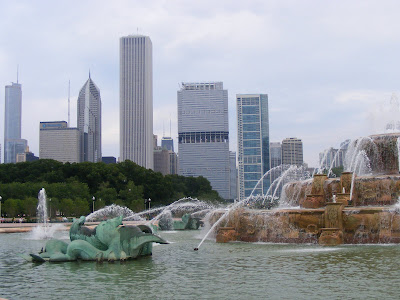 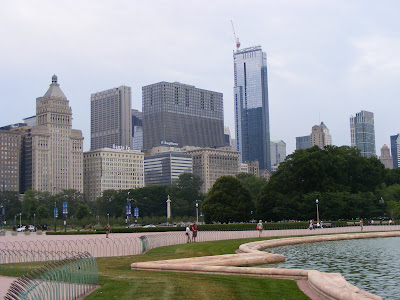 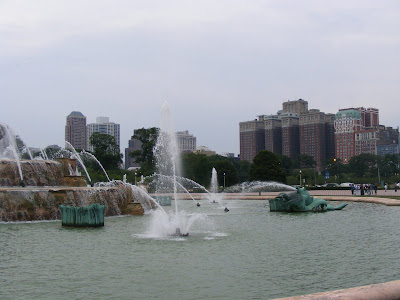 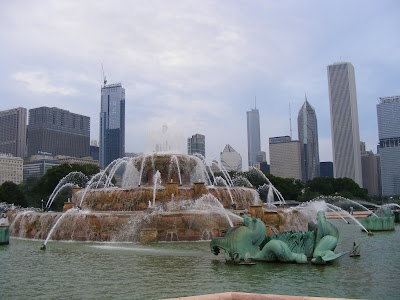 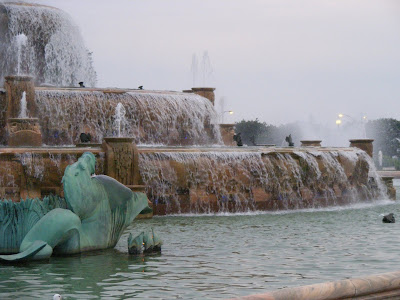 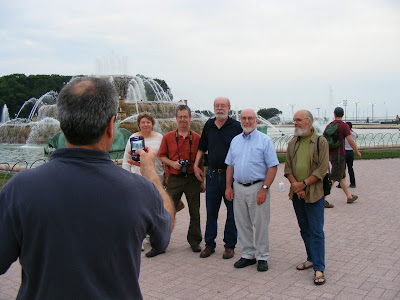 This had been a long and tiring day but a most memorable one. 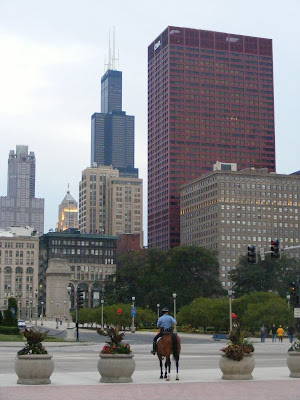 What an interesting city Chicago turns out to be!It's amazing what jewels can be found if you know where to look. Like you, I found that detailed gouache compelling.

Wonderful! Thanks for the tour, Andy. I'm a bit embarrassed to say that I've never been to Chicago. Looks like you had a very rich experience there.

What a treat to go on this tour with you. I especially loved the close ups of the art, and the photos of the city. It was like walking the same sidewalks with you. Thanks for taking the time to post this. Excellent and inspiring stuff.

This is just so kewl. Bill and I just got back from a nostalgic trip to Chicago. It looked just like that! 8-]

We didn't take nearly so many pics -- glad we've got yours now too. ;-j