25 Bookplates completed - and a jaunt to Oxford

Much of the printing of "25 Bookplates" was carried out during a single week of 16 hour days. After drying, I ended up with a pile of folded sheets ready to bind the first 30 copies. 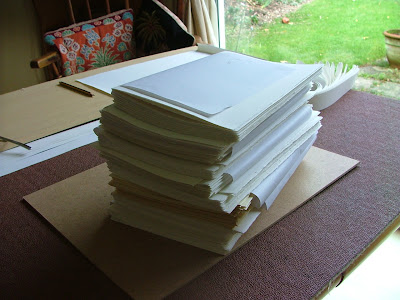 J's help with the binding was invaluable. We sat side by side at the dining table, sewing the signatures onto tapes: 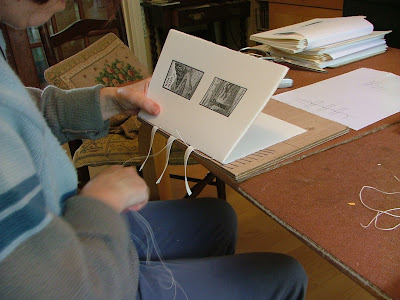 The backs were glued and mull was applied: 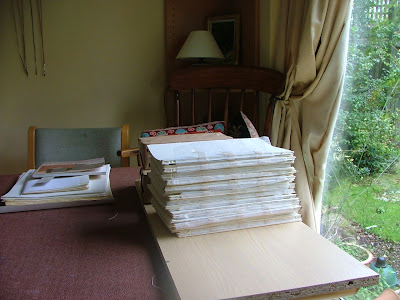 Finally, the books were glued into their cases and the label applied to the front. 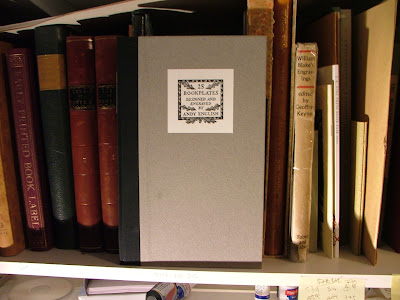 I was still tipping in the separate bookplates during the late afternoon. After dinner, the car was packed and I drove out into the night to my hotel. This had been a lucky booking on a website. I approached in the dark and the building loomed before me - a rather nice country house: 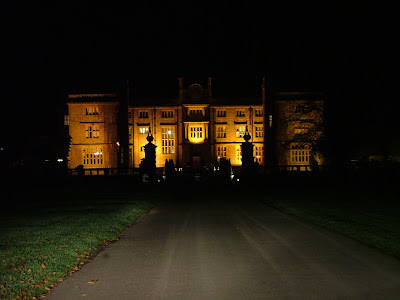 My luck continued in the form of a nice room on the front facade of the building. In the morning, I arose early to photograph and sketch. Here is the front again: 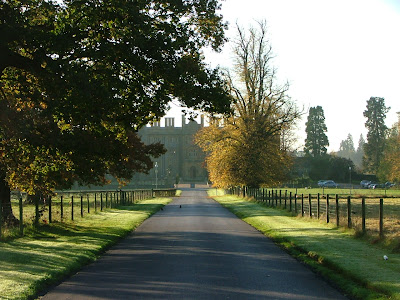 And here is the terrace from the library: 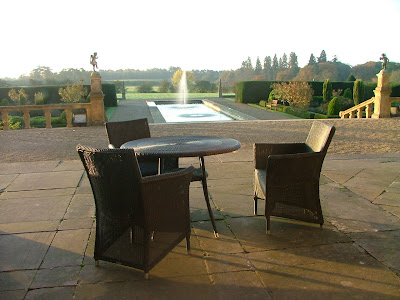 Lawns to the front: 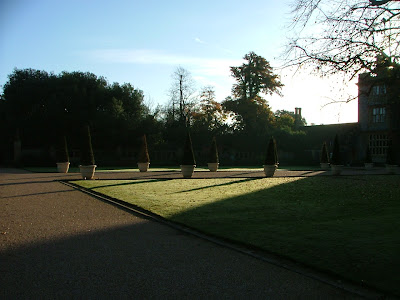 The hall is surrounded by old parkland with magnificent trees and grazing sheep: 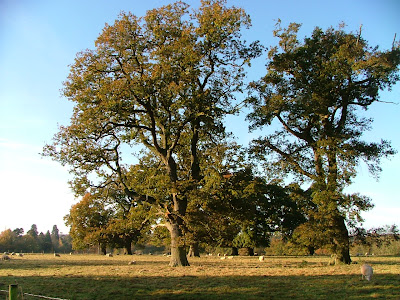 I was in Oxford for the Fine Press Book Fair. I started to set up my table: 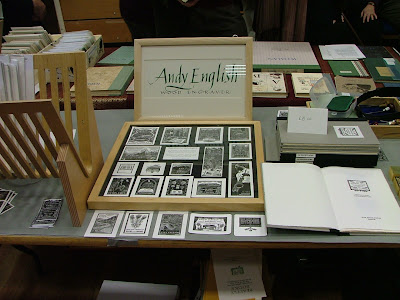 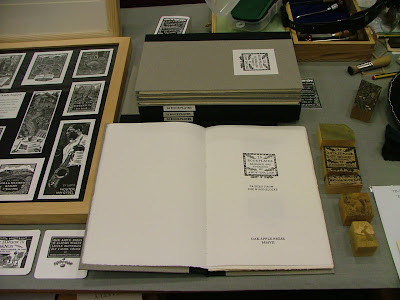 As did browsers of engravings: 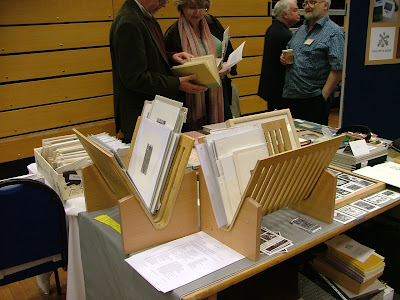 As is usual with these things, I took the opportunity to engrave: 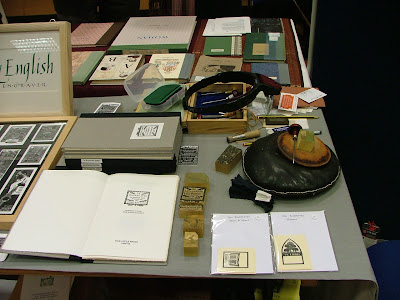 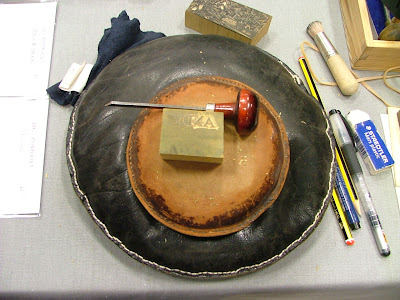 The fair was a success with good sales of books and much interest in commissions. It was also good to see old friends and make new ones. Fine press printers, engravers and book dealers had arrived from many different parts of the world. It was immensely enjoyable.

The last week hasn't been so good and I am behind my schedule, manly through tiredness. It has been good to walk out on cold, crisp, clear mornings to enjoy the local environment and think about work that is forthcoming. Ely cathedral looks particularly good on such mornings: 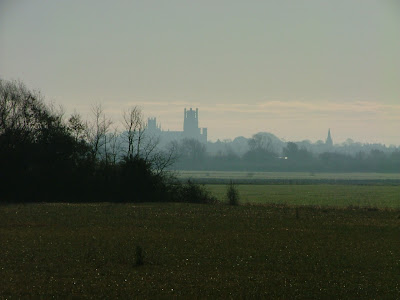