Spring is my favourite season; the first warm days after Winter are so cheering.

Spring flowers are making the garden a more cheerful place: 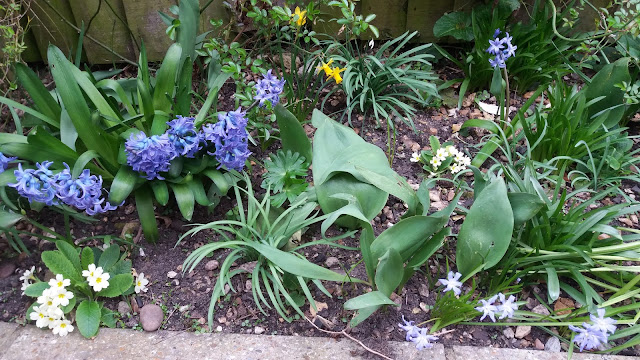 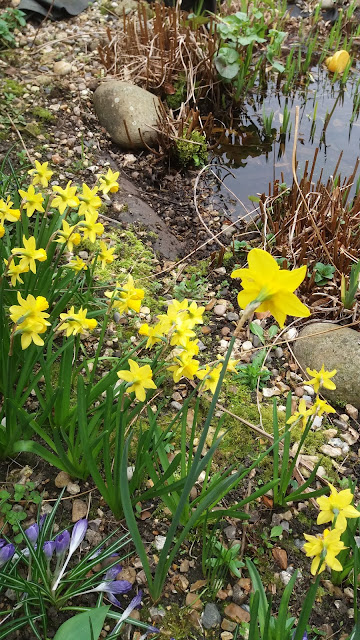 The pond is teeming with tadpoles and has its own Spring flowers emerging: 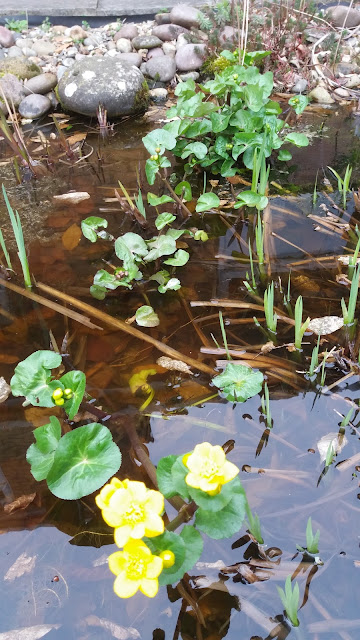 I am holding a Spring sale of engravings. These are not work in my current exhibitions and I am offering big discounts and including some prints not on my website. You can see this work in my Etsy store, which you can find here:
etsy.com/shop/AndyEnglish 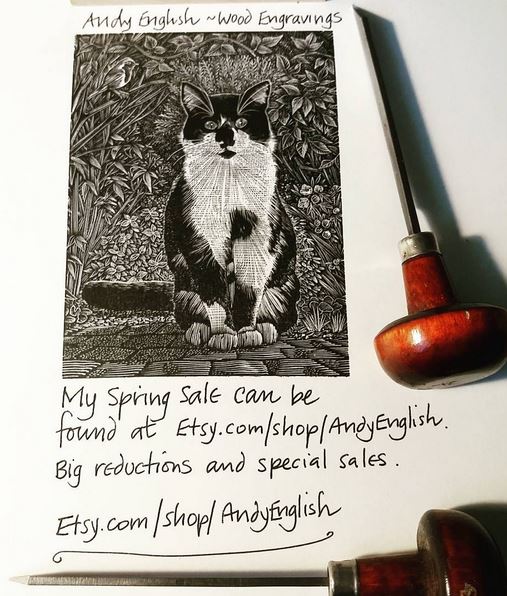 I have new work on my desk, an Easter card and some bookplate projects. Time to get back to work!

Its been a while since I showed new work here and I'm very pleased to be able to highlight a couple of recent things.

"A Breckland Story" is particularly special since it is a personal project and also, for me, a large engraving. For a change, I will start with the engraving, rather than leading up to it: 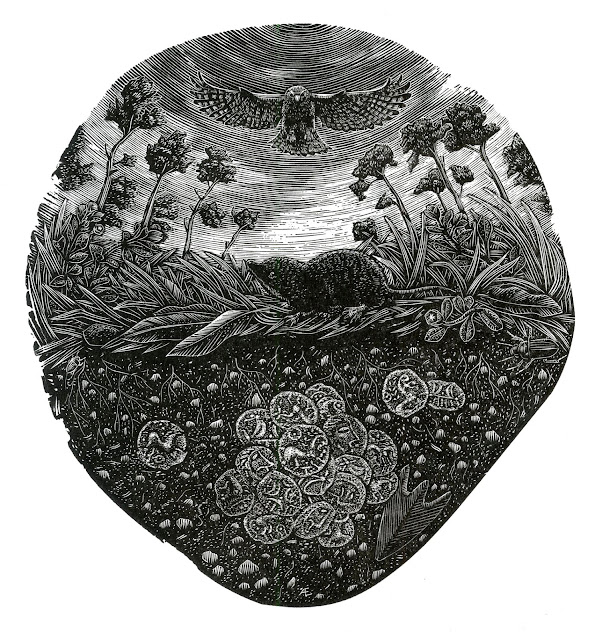 As you can see, itis engraved on a large natural round of wood - English boxwood. The dimensions are 13 x 12cm - very big for me.

This is one of a series of engravings which involve both a location, its wildlife and archaeology. There series has no name and are a very loose group of engravings. This one has themes of attack, danger and hiding. The kestrel is swooping down to attack the shrew, which is aware of the danger and may well escape. Underground past dangers are signified by the arrow head and earlier hiding but a hoard of silver coins, specifically those of the Iceni tribe of Iron Age East Anglia. The scene is linked to the Breckland by the inclusion of The Breckland Speedwell and a ground beetle (Amara fusca).

The engraving started with the kestrel and then the shrew: 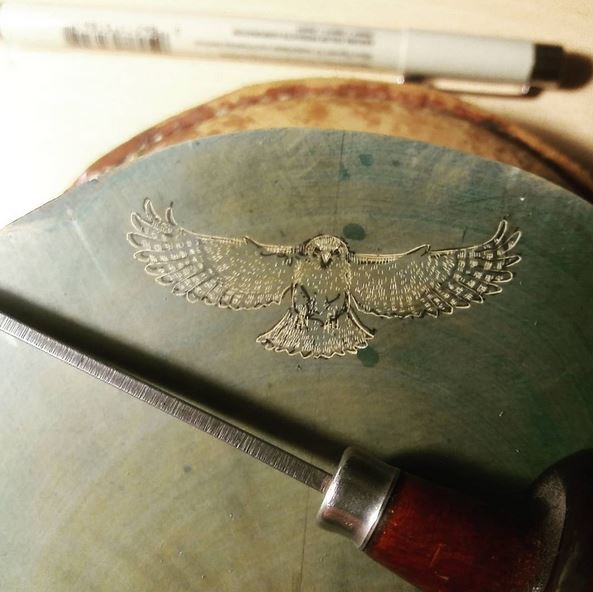 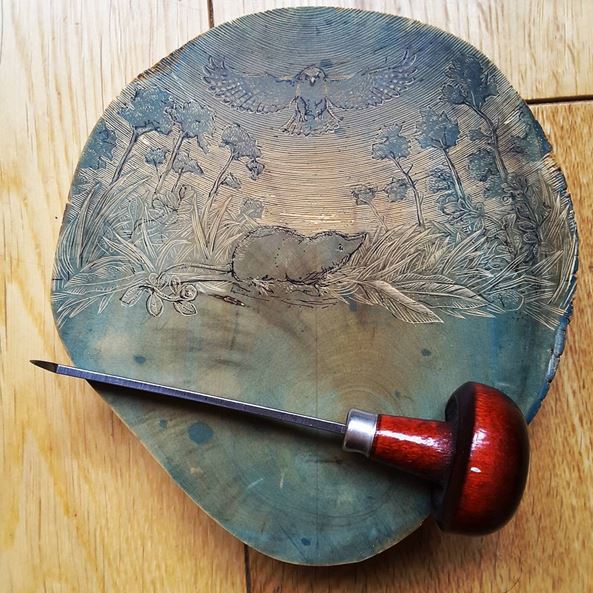 Some of the artifacts were engraved from life: 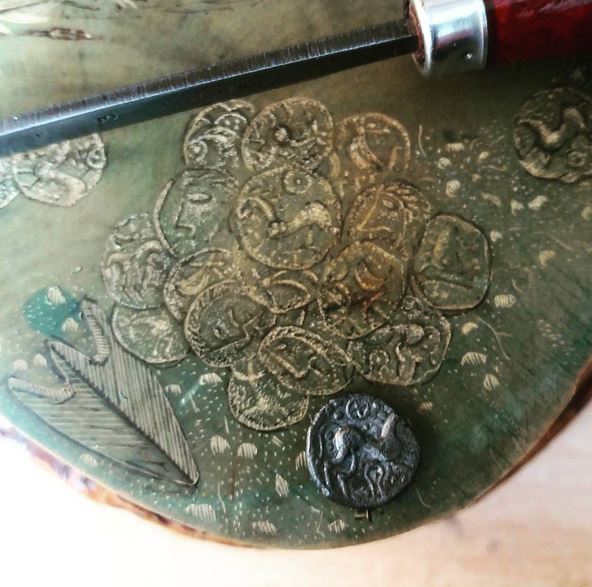 ... others from reference photographs or other drawings: 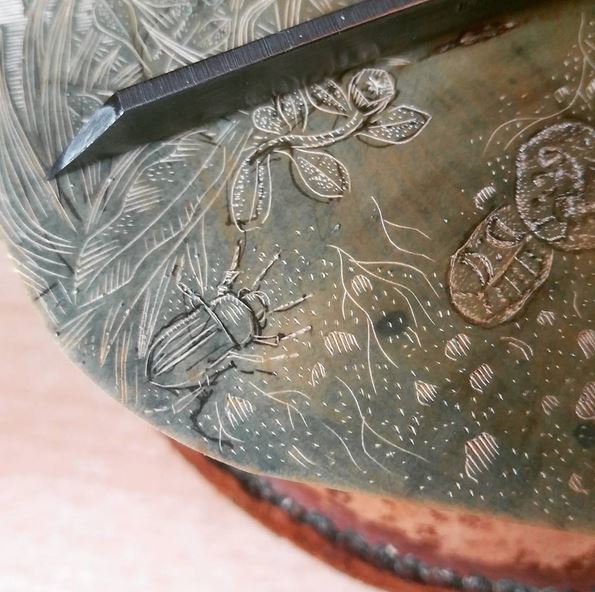 Engraving was a lengthy process as a result of both the size of the block and the detail of the design.
As soon as I pulled the first proof, I knew that the engraving had gone well and I only had to tidy up some of the cutting before the work was done and the edition could be printed. 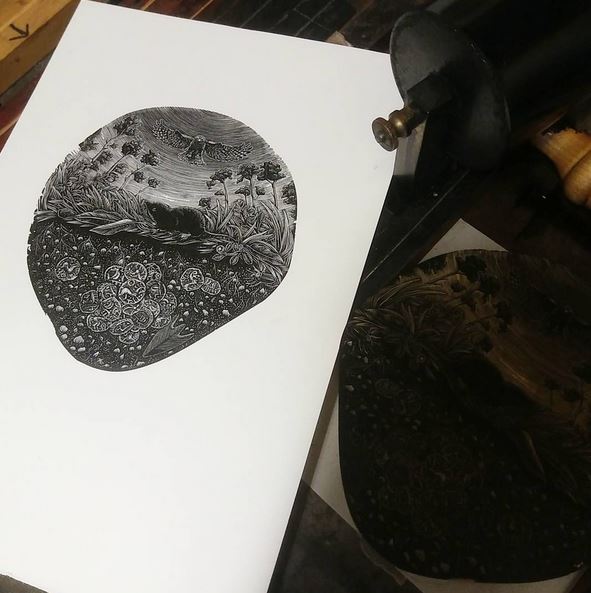 Here are some enlarged details - firstly the kestrel: 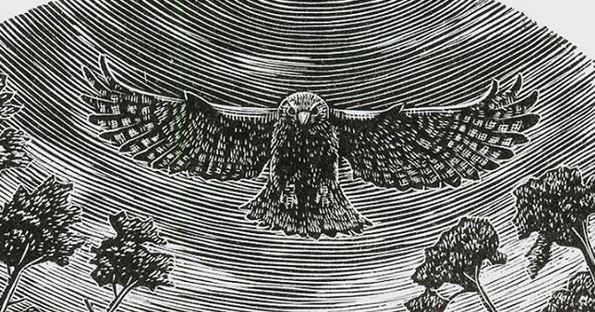 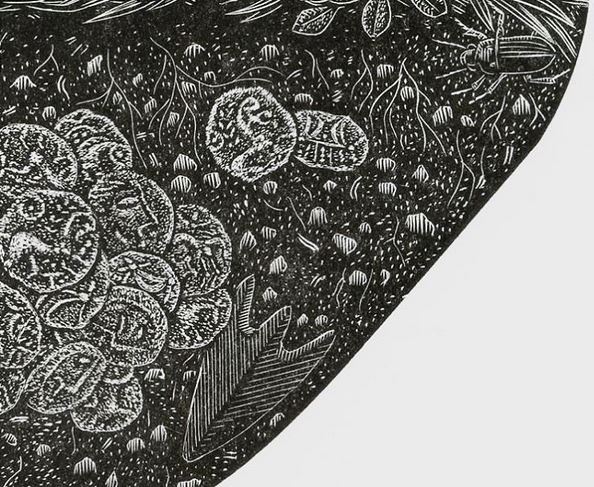 This engraving is initially available only from my Etsy store. It will eventually be added to my website.

The second engraving was commissioned by Incline Press to illustrate a short prose piece called "In Conker Time" by Vivienne Palmer who blogs as "The Bug Woman" . I have admired the work of the Incline Press for many years and it was a treat to produce a couple of wood engravings on a theme that reached back to the boyhood pleasure of conkers.

There are several horse chestnut trees in the village and I decided to feature the one that grows on the green. I sketched both the tree and some of its fruit in pen and then using the exacting medium of drypoint: 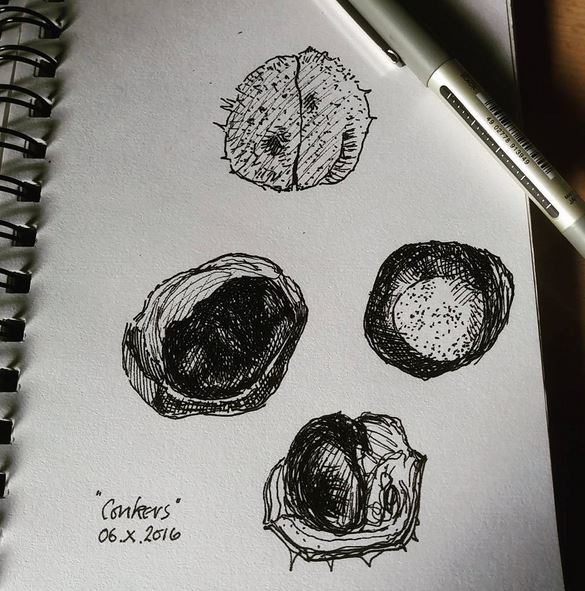 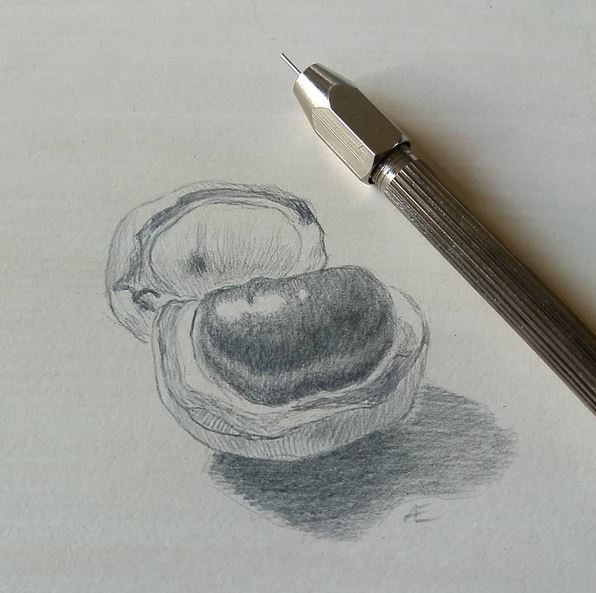 I used the drypoint as the basis for marking up the block, drawing the design in reverse: 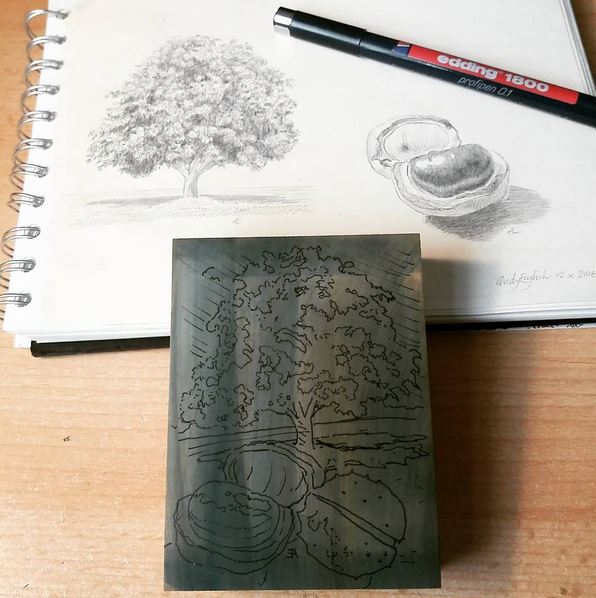 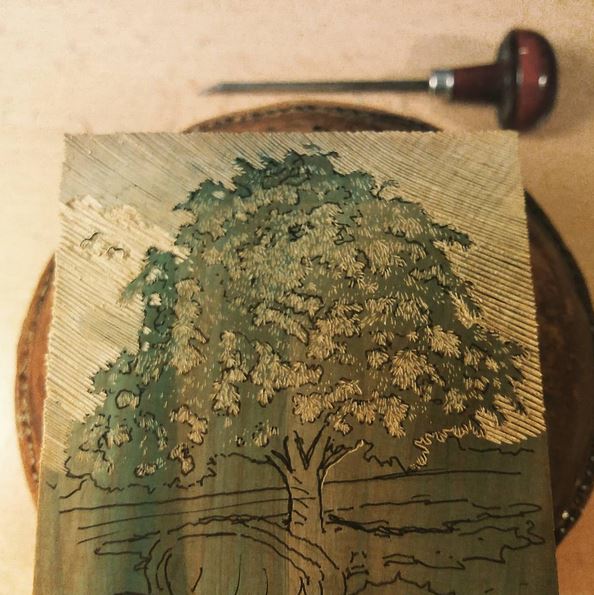 Again, pulling the first proof confirmed that most of the work was done - just a little tidying up to do: 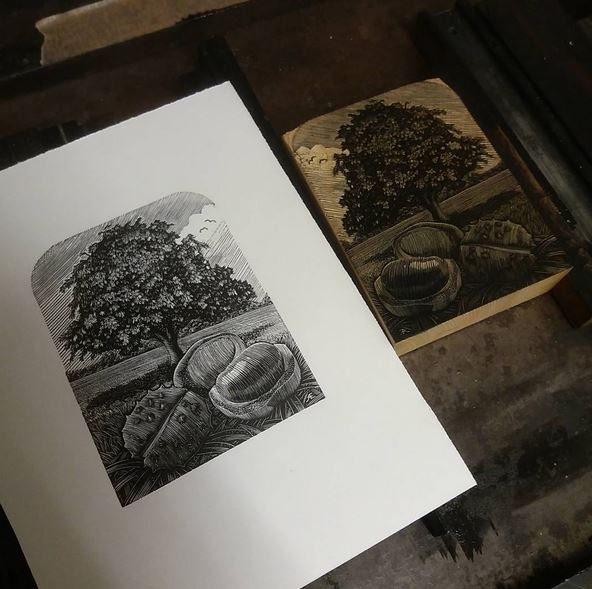 I made a second, smaller engraving of a single leaf. Both have been editioned. 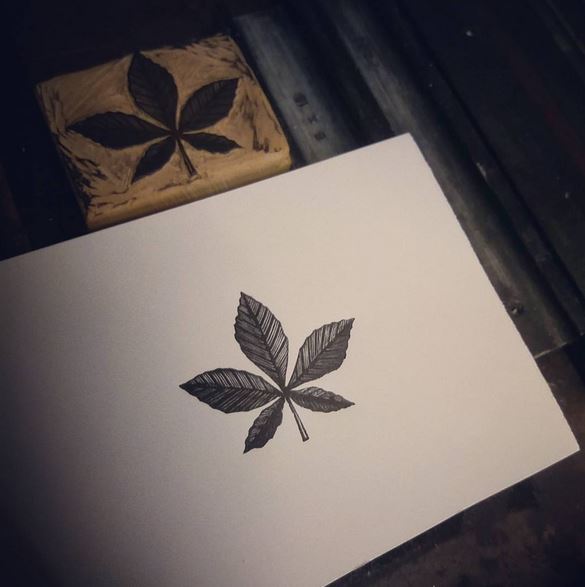 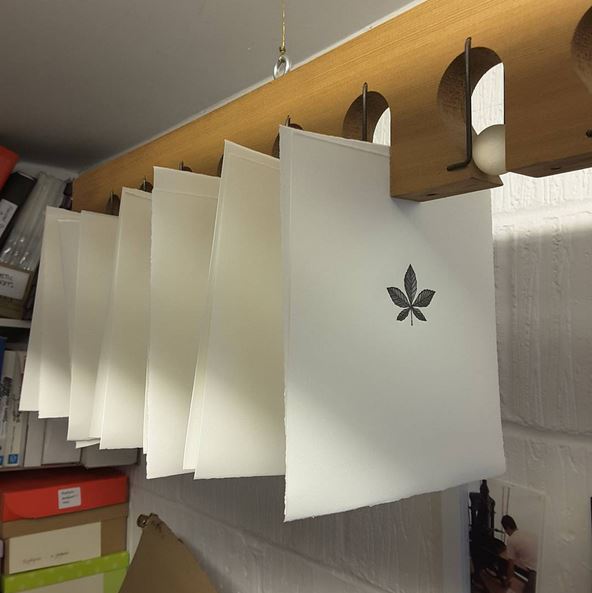 Here is the book published by Incline Press: 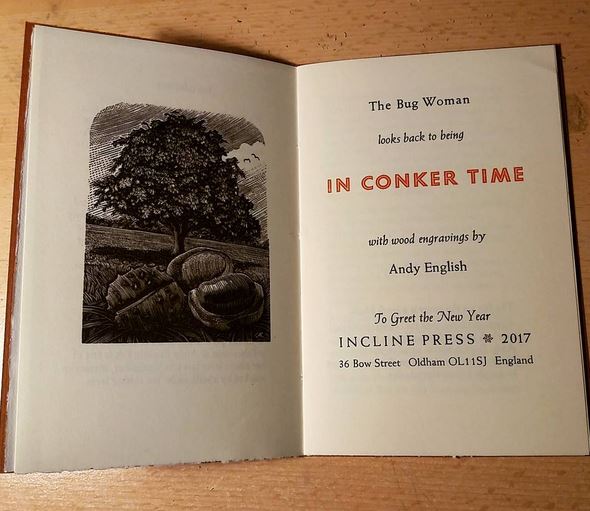 Here are the finished engravings: 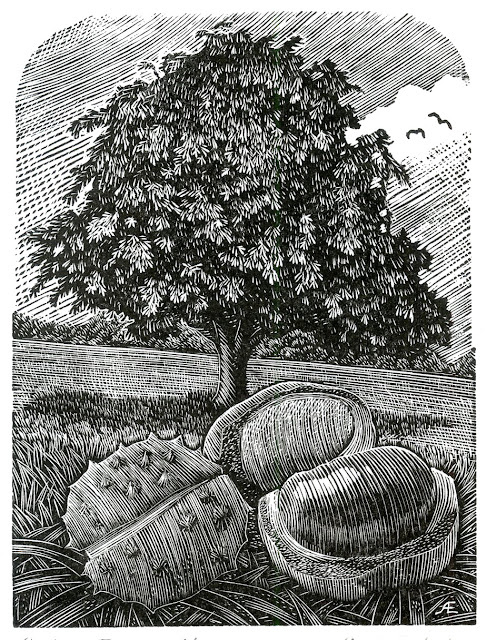 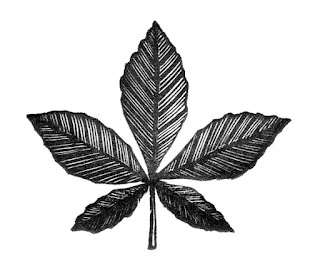