Another Week In The Workhouse

A busy week and a pleasant one with everything looking so lush and green: 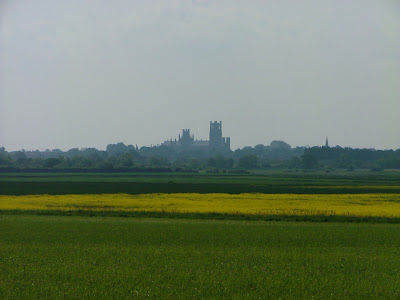 Its my favourite time of year both in the English countryside and in the garden: 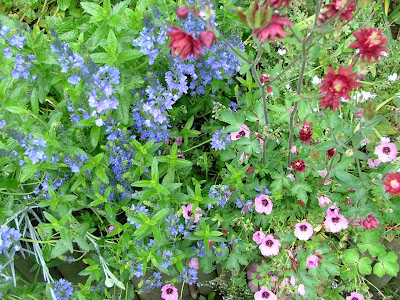 We had a sort through the garage, making space for my Open Studios during the first two weekends in July. I have identified some excess letterpress materials that will be sold during the summer: 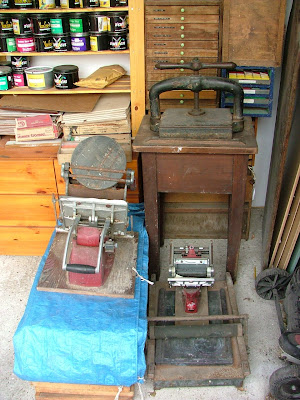 In one old case of type: dormice have made their larder: 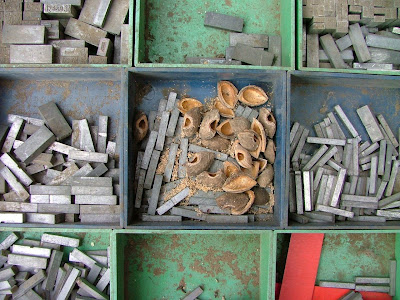 Lots of engraving going on. A lightning strike on a tree takes shape destined firstly as an illustration but then to be editioned later in the year: 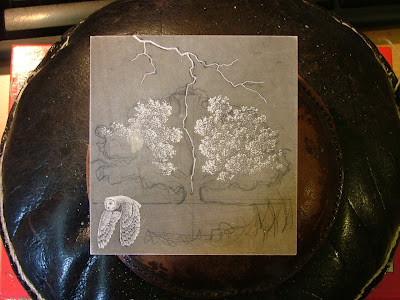 Another illustration, freely drawn on the block and outlines drawn in with a medium spitsticker. I will be commenting on the different tools that I use in a later post. 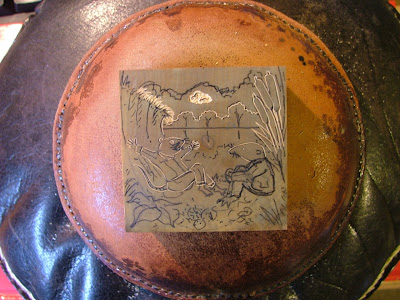 A bookplate starts to take shape for the second time. I had to start this again after I found a soft area in the wood that was difficult to cut precisely. Under any circumstance when I am not entirely happy with work there is only one option - to start again. 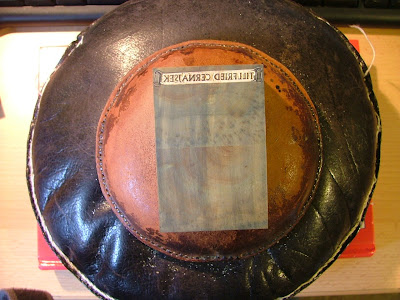 Thank you for the positive comments about the illustration for our niece's wedding invitation. The text was printed locally and then I added the engraving on the front using "Red" our larger Albion handpress. I paused part-way through to make a short film of the proceedings.
Posted by Andy English at 8:35 am 2 comments: