In Print - And A Coloured Engraving

I have enjoyed my collaborations with The Jericho Press and so I was very pleased when another was proposed. I was intrigued when this commission proved to be not only a map but also a coloured map. I do not make multi-block coloured engravings but I do enjoy a challenge and so I decided to have a go.

The map features parts of Lake Urmia whic is in itself a very interesting lake.

I drew out the agreed map outline in reverse onto a boxwood block and started to engrave around the lines and text to make the black key block. 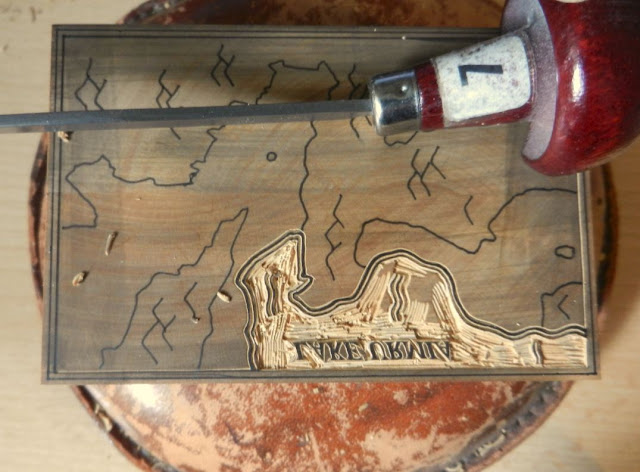 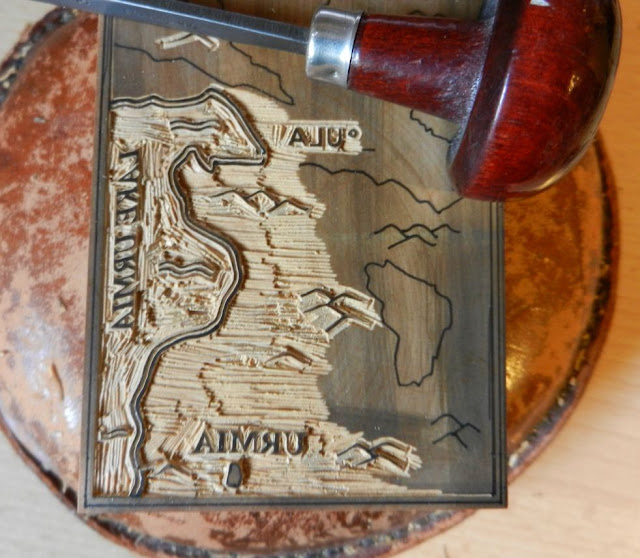 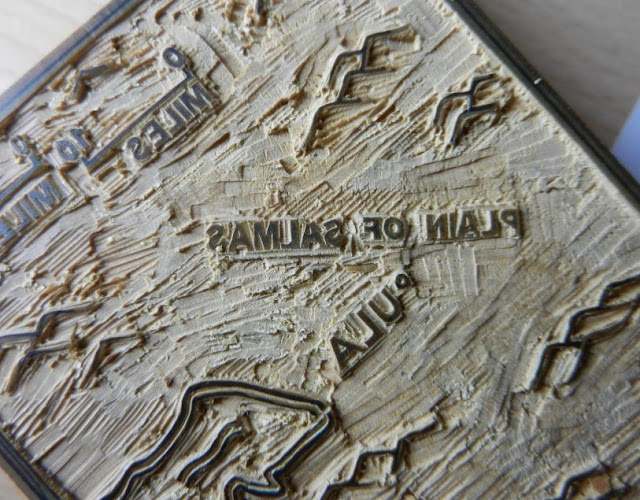 I printed a proof from the block and hand coloured it in watercolour. I then used this to make three separate colour blocks. I used "Resingrave", an artificial engraving medium to make these. 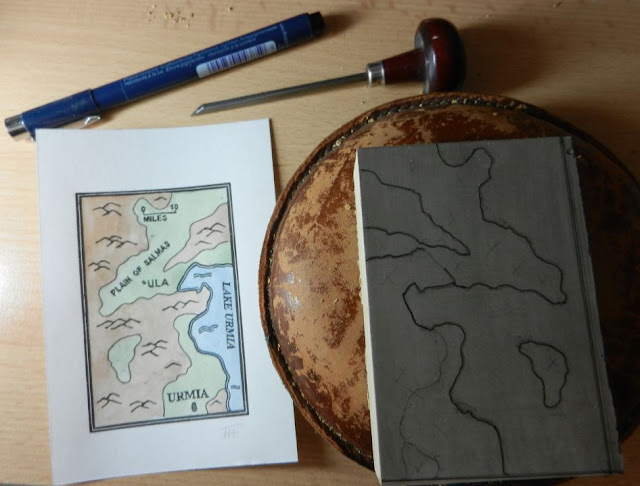 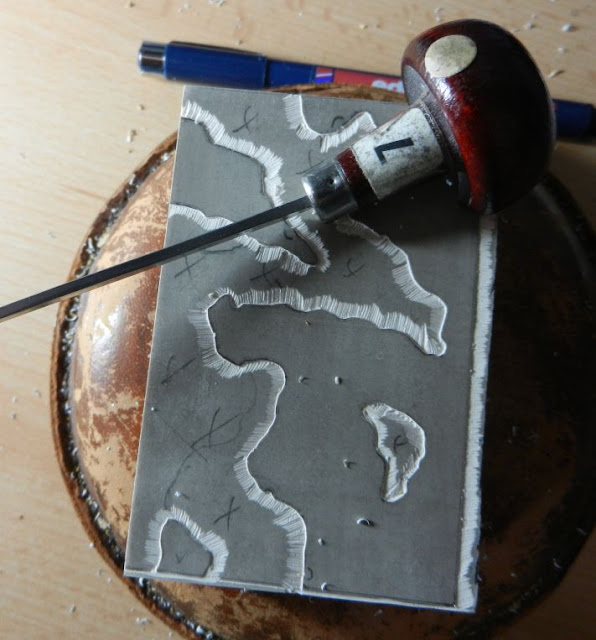 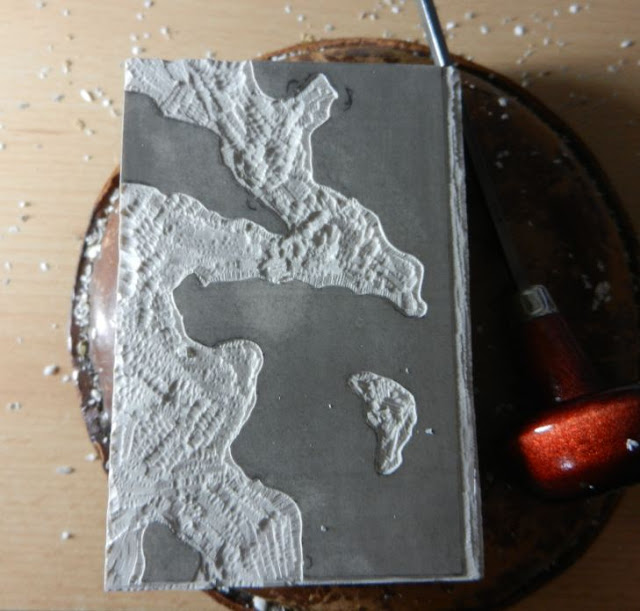 All of the blocks required a great deal of clearing which is time consuming and often gives me blisters after several hours wielding the same tool.

I delivered the blocks to The Jericho Press and Chip Coakley did a wonderful job of printing them. I love his choice of colours: 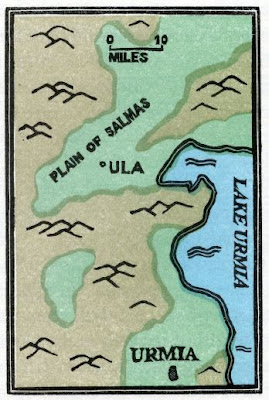 The book is a delight; I love the binding which was carried out by Chip at the press: 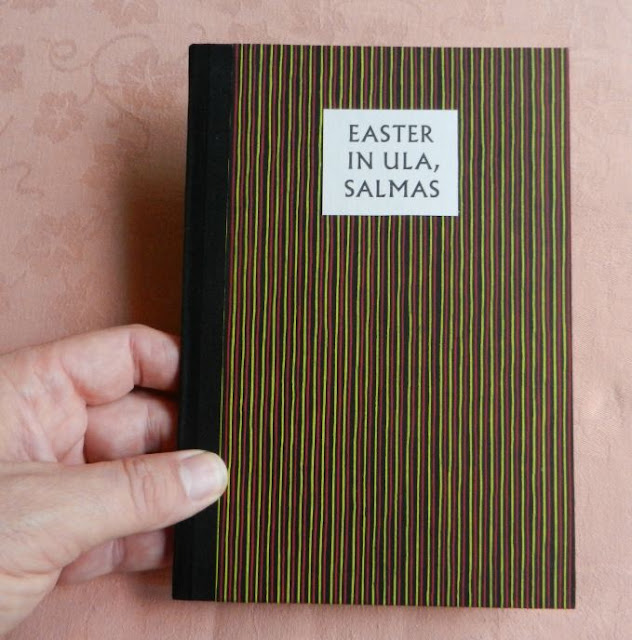 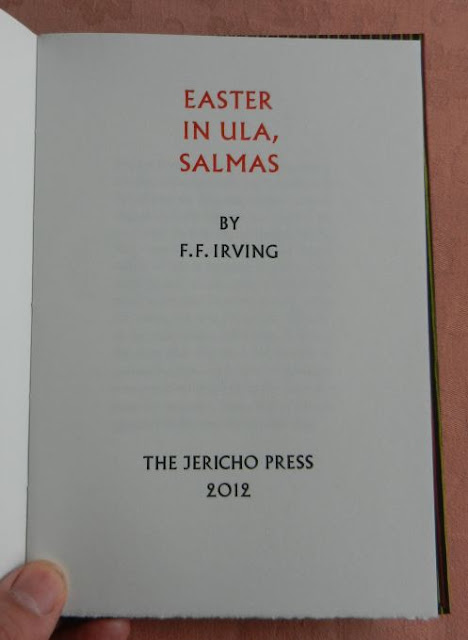 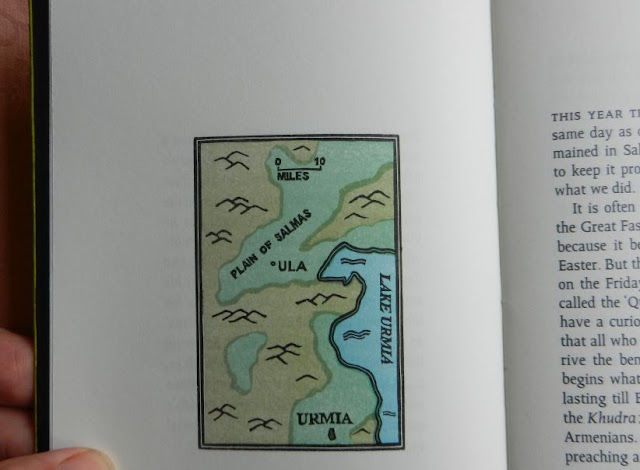 "Easter In Ula, Salmas" with the only multi-block coloured engraving I intend ever to do is available from The Jericho Press at a very modest price.

And now, something completely different.

When the film of "The Woman In Black" was released, I was contacted by a couple of Horror magazines who were planning special issues: 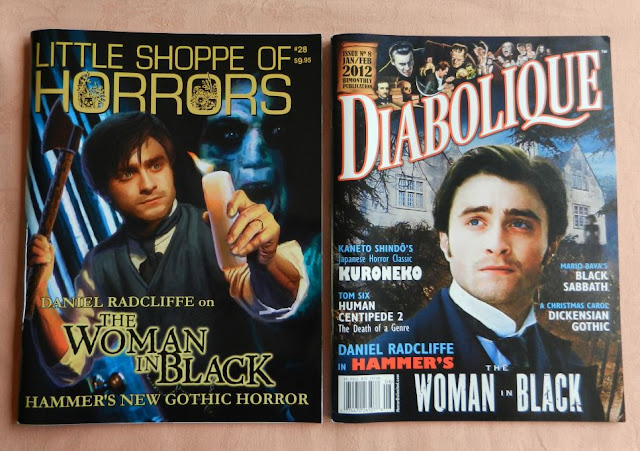 Both illustrated their issues with images from my fine press portfolio edition of the engravings published the the Profile Books hardback. 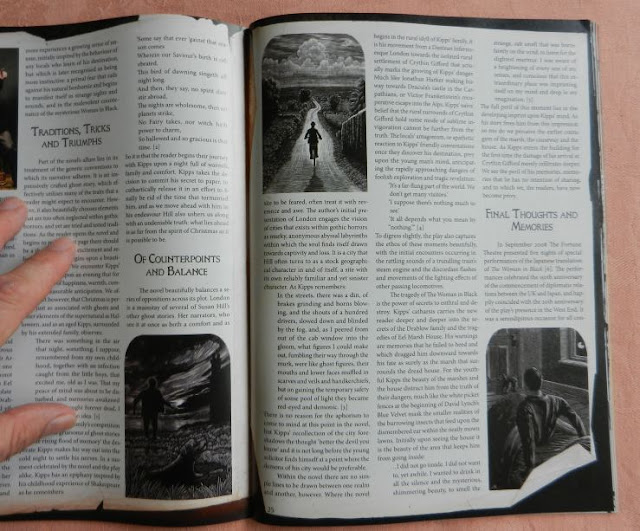 
"Little Shoppe Of Horrors" feathered an interview with me about this project: 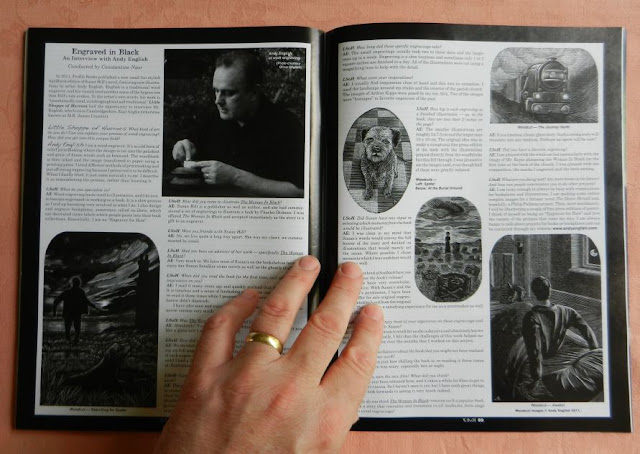 My exhibition at The Old Fire Engine House in Ely has been extremely successful. Although it is officially finished, it will continue to be shown throughout August.

I did complete some new work in the weeks leading up to the opening of the exhibition and I will feature some of those in coming weeks.