Art In Action: Looking Back

My second Open Studio was as successful as the first, with many visitors dropping by to see what goes on and marvel at the small space in which I work. As soon as the Sunday stint was over, I started to gather things together for Art in Action. Some new work needed to be printed and other engravings awaited framing. The days were somewhat crowded. J returned from Prague in the early hours of Wednesday morning and, somewhat later that same morning, I started to pack my bits and pieces into the trusty VW. From this... 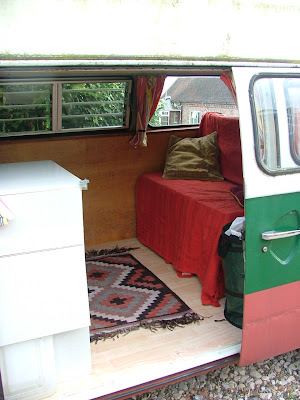 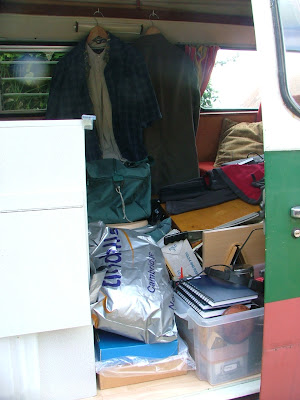 I set off late morning and after three hours, I was in rural Oxfordshire and brewing up the necessary tea: 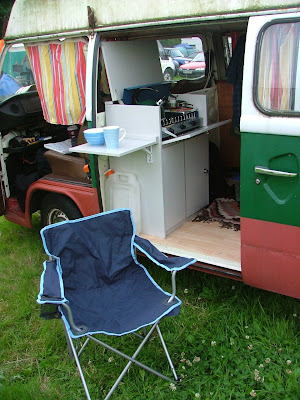 Unlike last year, the printmakers were sharing a tent with those who practice drawing. This is a logical combination for me as all of my engraving is underpinned by drawing. I set out my workspace: 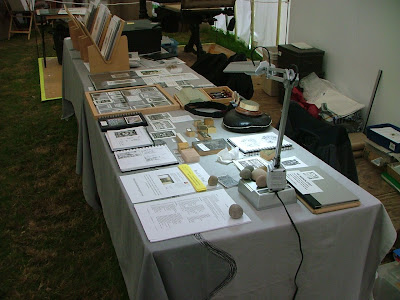 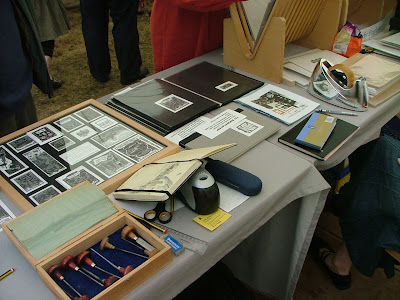 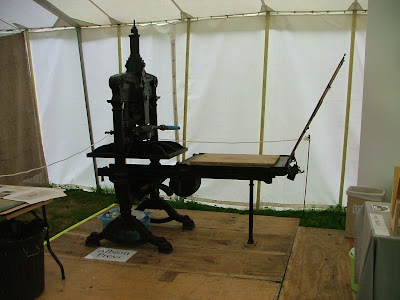 Opposite, and in other parts of the tent, were framed engravings: 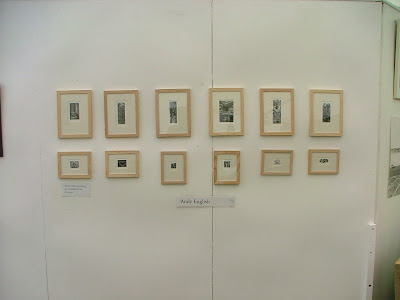 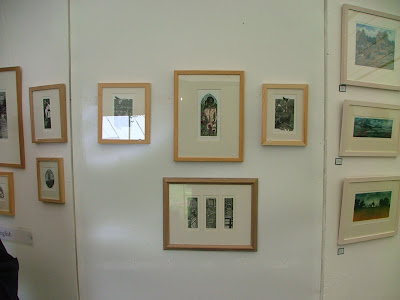 During Art in Action, I was working on an engraving to be submitted to the 37th BAREN print exchange. This is on the theme of journeys. More of this at a later date. 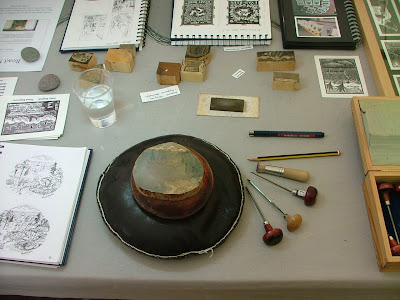 The first two days were absolutely mad. I was demonstrating engraving, printing on the Albion and handling sales and queries about bookplates; I started to lose my voice. J and A arrived on Saturday and the pressure eased considerably. J took over sales and kept my stock in order and A demonstrated the art of printing on a Victorian iron handpress; he is becoming a skilled practicioner: 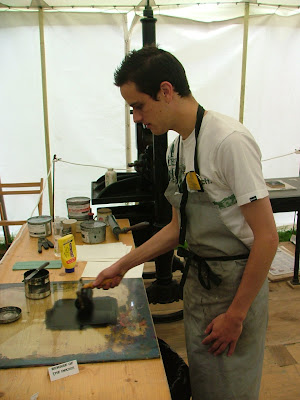 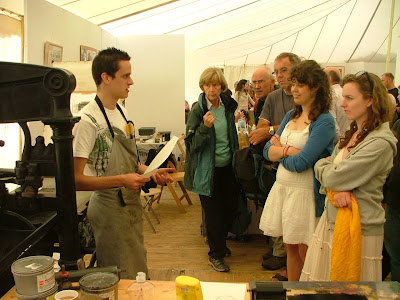 Other printmakers were also in action. Laurie Rudling prints a collagraph: 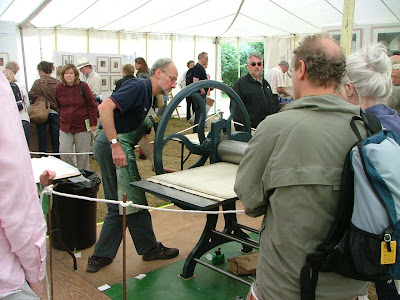 Around a corner, Jason Hicklin inks an etching plate before printing it: 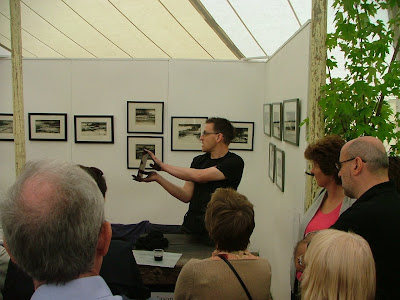 Opposite me was the extremely talented Karen Wallis, who was working on a huge drawing done over the four days in response to the event. You can see me posing with the Albion to the right of the centre. See the whole drawing here. 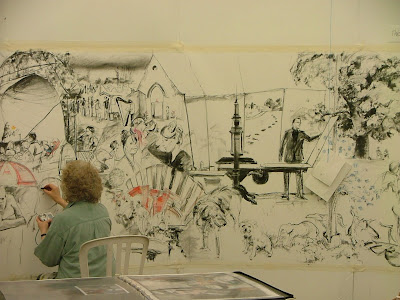 Taking a break from printing, A practiced his engraving skills. 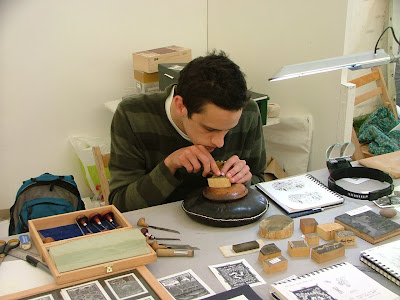 J and A left in the early evening and I stayed to help dismantle the contents of the tent, leaving Oxfordshire at about 9pm. No floods this year, just a pleasant and gradually darkening evening in England. It was just over an hour later when disaster struck and the brakes failed on my van.
Posted by Andy English at 6:33 pm

What a great show, a real opportunity to get wood engraving 'out there'and known a bit more. You certainly gave them lots to look at on your patch.

Sorry to hear about the van; I hope you managed to get it fixed.

Hope you managed to get home alright...

A dramatic ending to your post. Art in Action seems like a fantastic even, wish we had something like that in the States., there are lots of Open Studio's but nothing (far as I know) all in one place.