It all started with a bookplate: 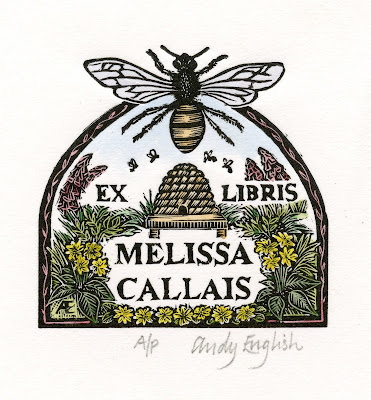 I had engraved this several years ago for a friend, commissioned by her husband. At this time, I occasionally hand coloured some of the large paper proofs that I made and this was seen by the designers at Interabang. They called me about an idea.

Those of you who have followed my work will know that I have enjoyed engraving tiny, imaginary stamps such as these: 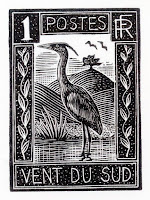 This idea was much more exciting - a miniature sheet of stamps celebrating the honey bee. This was a very sympathetic subject for me, particularly given the threats that they face. I was very keen to work with them to make wood engravings for this project and they sent me their initial mock up of the sheet, which included a reworking of my bookplate: 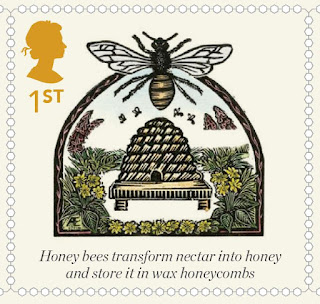 It was emphasised that a successful conclusion of the project but by no means assured - at every step, the designs had to be approved. There were to be four stamps with a title, some text and a border. The first themes of the individual stamps were: Swarming, Making Honey, Tending Young and Pollination. but my very first thoughts were about using different shapes of design within each stamp: 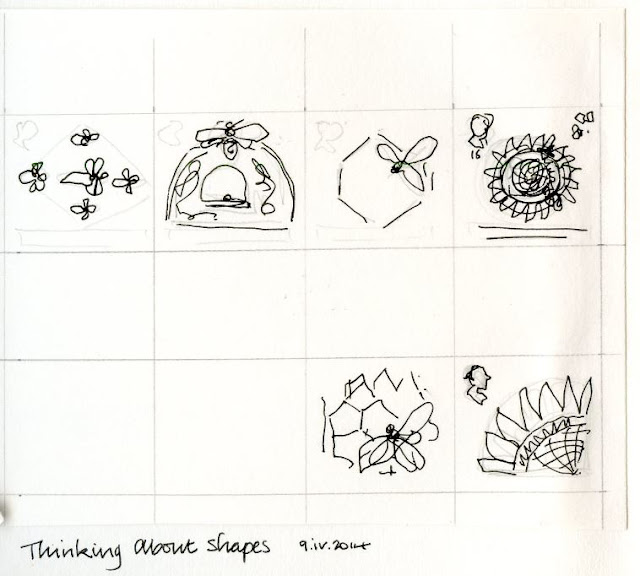 Swarming was the theme that was to be a diamond or lozenge shape and I imagined it showing a queen accompanied by other bees as the swarm moved to a new nest: 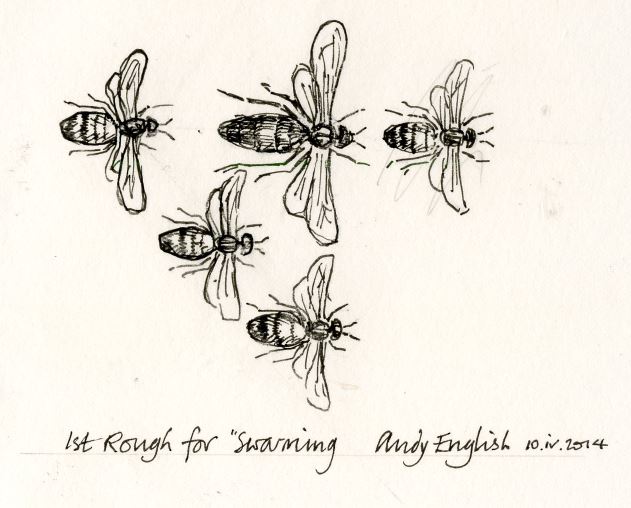 However, this was a short lived idea as Swarming was replaced as a theme by the Waggle Dance. At the same time, I started to move away from trying to constrain the engravings by giving them definite shapes.

One thing that I needed to do was to draw bees so it was back to the sketchbook: 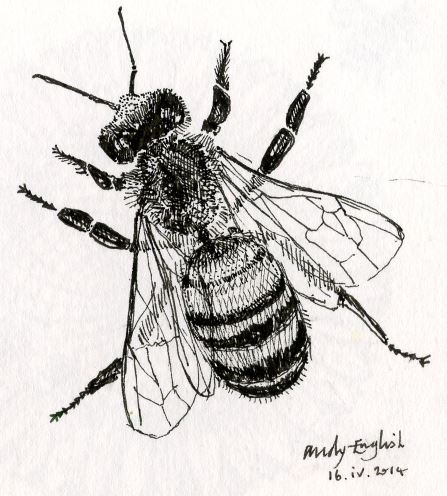 Obviously a bee would have to be greatly simplified to be engraved for a stamp. I had a good chance to observe some "village bees" at the fete as the local conservation group had some on show behind glass and I could draw them: 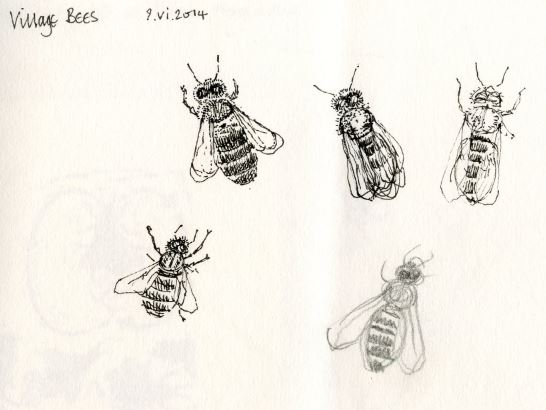 It was agreed that this would feature a sunflower. I had engraved one before but this time I wanted to emphasise the structure of the developing seeds in the middle and enjoy the relationship of the spirals found there to fibonacci numbers. Interestingly, the "family trees" of honey bees also follow a fibonacci sequence.

It was time for some roughs: 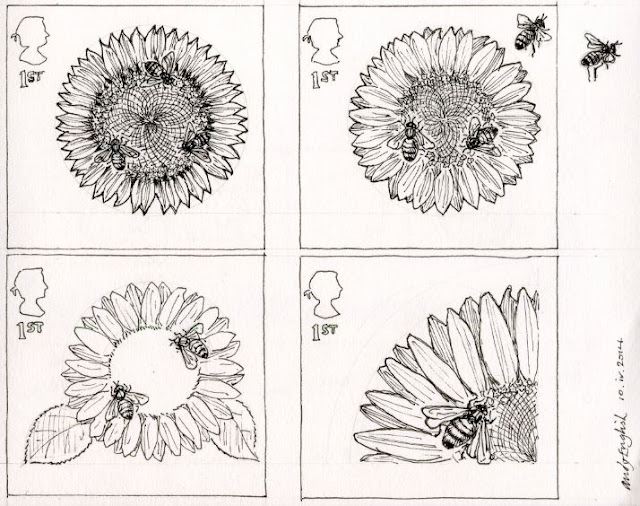 This was chosen as the first design and I set it aside, ready to engrave: 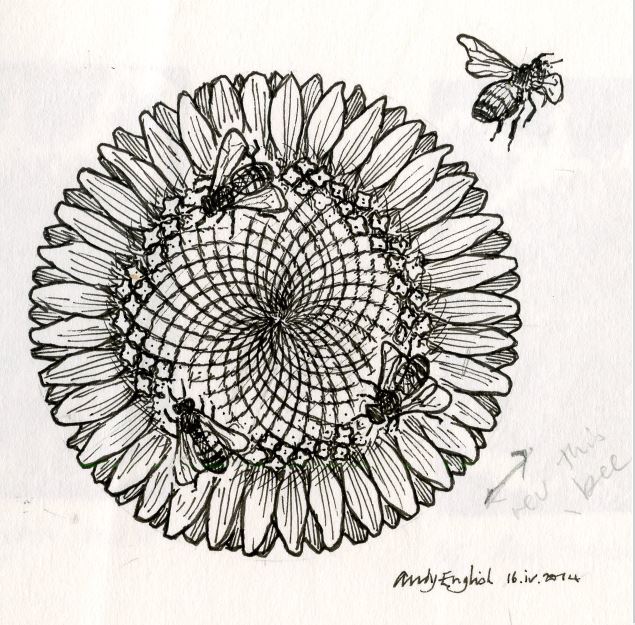 This is the movement which honey bees make to communicate the direction and distance of flowers to other foraging bees. This was always going to be something of a diagram: 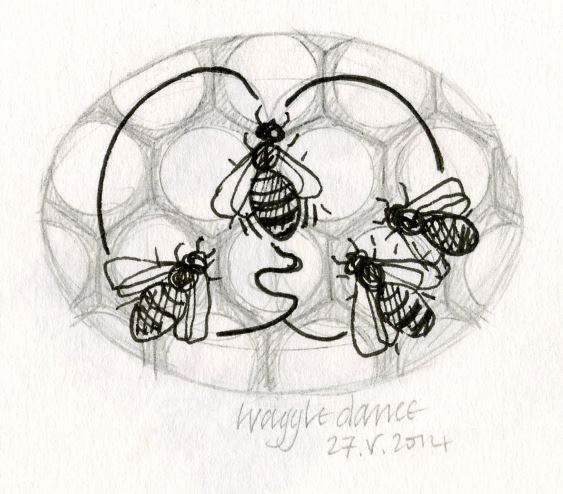 My preference was to have a suggestion of the honeycomb behind the bees but we decided to simplify the image and make it more circular - and unashamedly diagrammatic with a direction arrow. This collaged drawing shows the version that i would engrave: 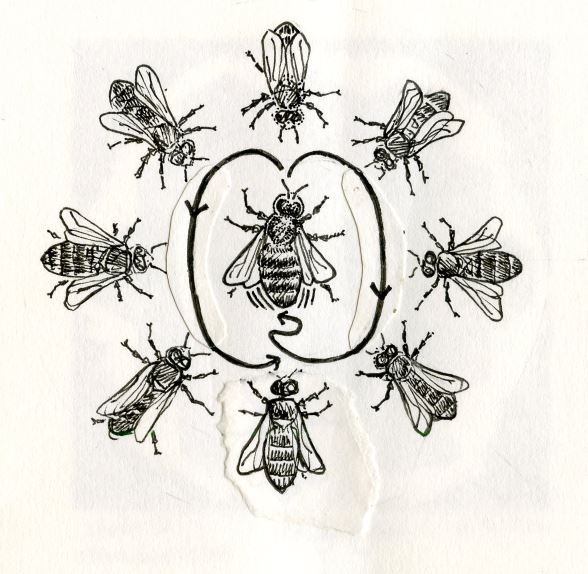 This is the stamp that developed from my bookplate. I tried different designs in my sketchbook: 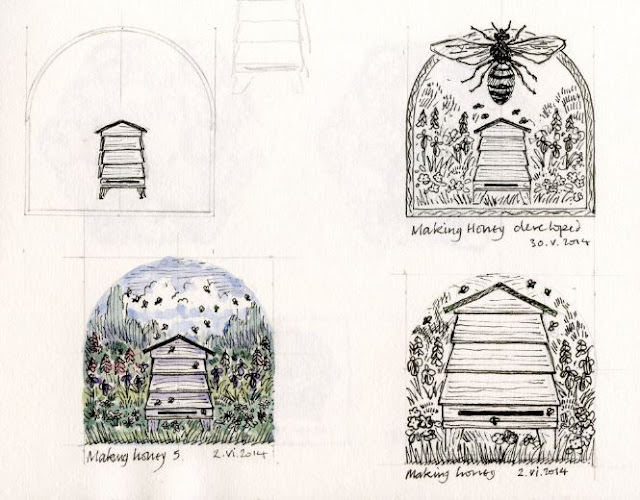 I chose the top right design but simplified it, making a pencil drawing to engrave from: 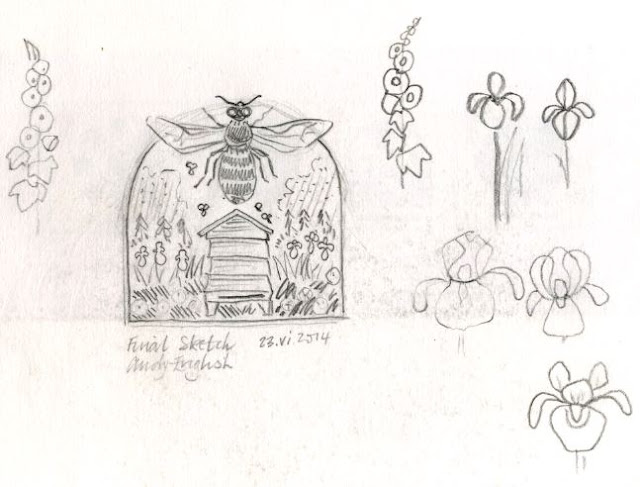 As is happened, this design would change quite a lot.


I started by developing a background of honeycomb: 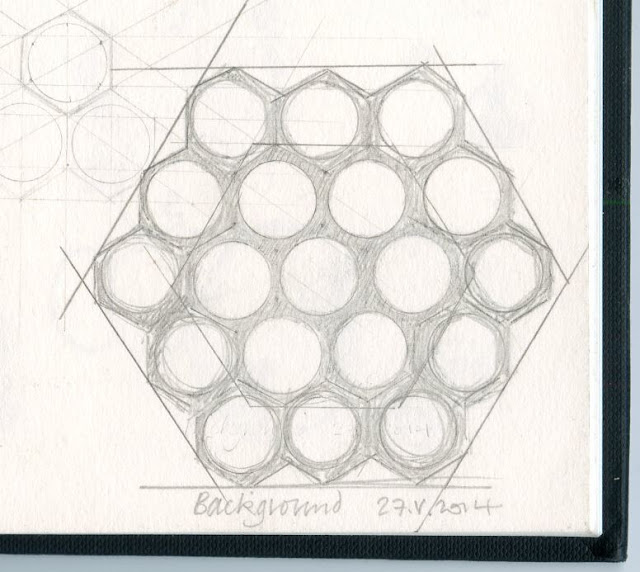 I developed this by adding young bees at different stages of development and, finally, bees: 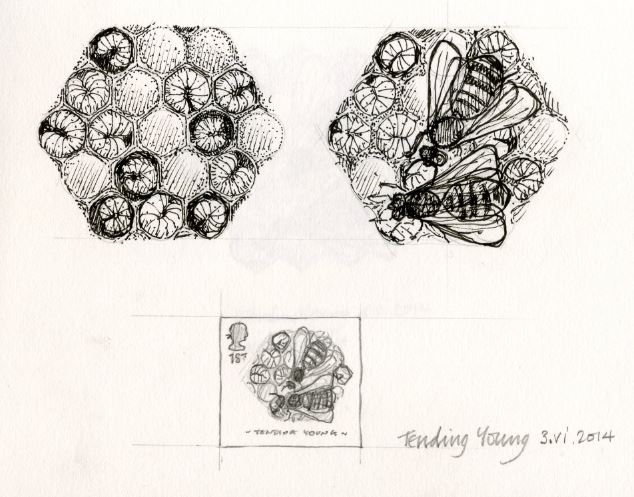 Before engraving, I made another version using the natural edges of the cells. I was happy with this, although I would end up engraving it three times before I was content with the finished print 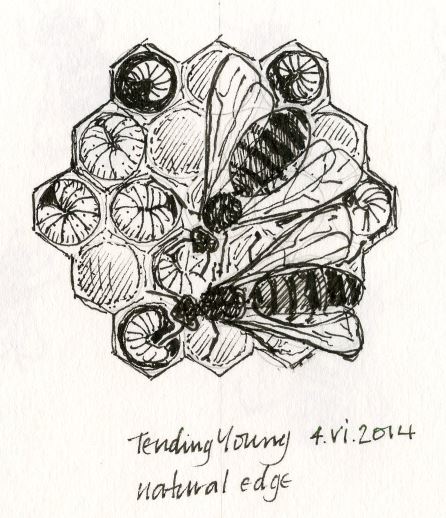 The sides and bottom of the sheet would have a border. I started to sketch this, unsure whether it would remain as a drawing or be engraved. The latter was always my first choice. This sketch shows not only my overall design for the border but the final order in which the stamps would appear:

Here are my final designs - the border would be engraved in two sections: 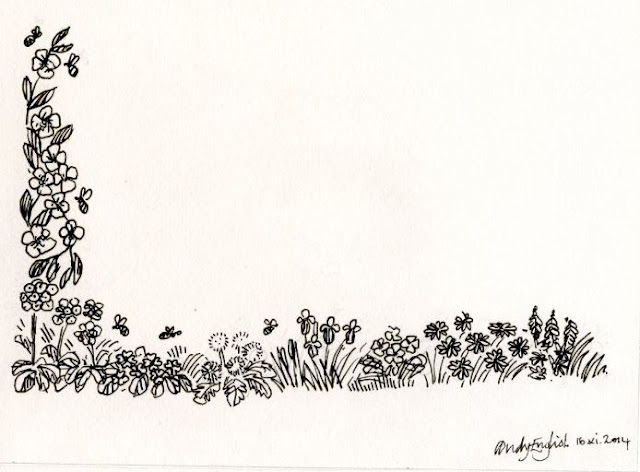 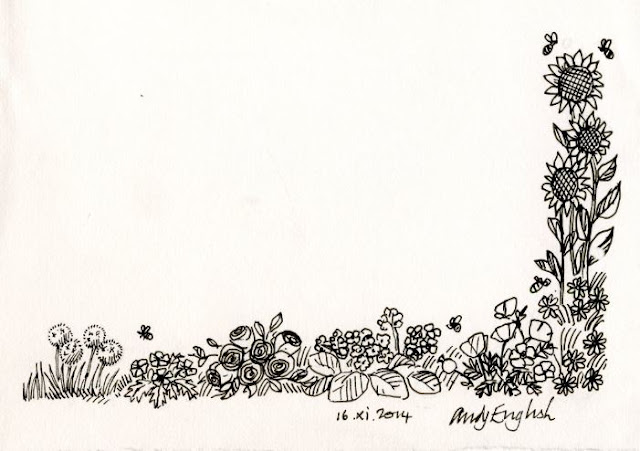 These drawings (and the various states of the subsequent engravings) were slowly filling two sketchbooks.

In the second post, I will concentrate on the engraving process and the final stamps.

This is so good. I know well how something so simple as a postage stamp, or any idea someone else comes up with comes about. It's nice to see someone elses footsteps to a fine piece. Thanks.

What an interesting project, I can imagine there has been lots of changes and discussions along the way. Looking forward to seeing how the designs develop in part 2.