An Interlude: The New Cabinet

After many years of engraving, I have built up rather a lot of engraved blocks. Some were in drawers, older ones in boxes and recent ones lined up on shelves. Sometimes, I couldn't find a block that I wanted to refer to without a search - It was about time I did something.

The opportunity came when we removed some old "built-in" wardrobes from a bedroom during redecoration. We hauled parts of the carcus outside and I set to work with a power saw: 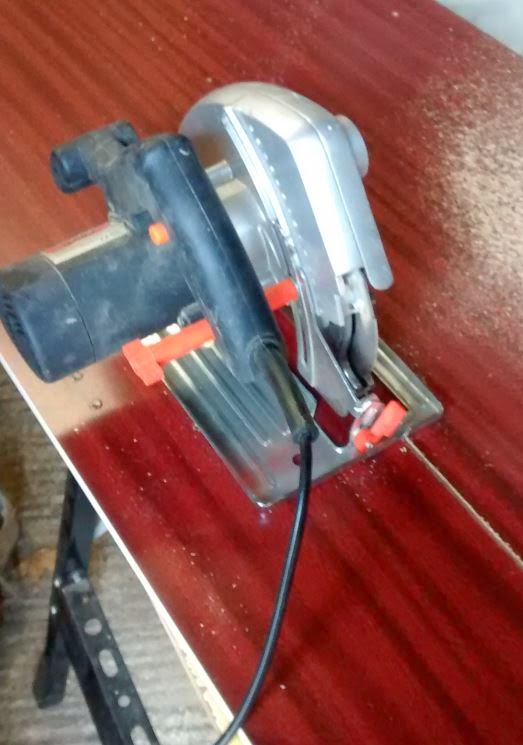 The idea was to keep the height and width of the wardrobe more or less the same but to cut it so that it was only 20 cm deep. The pieces of the sides that were left could then be cut into strips to make the many shelves that I would need. I reinforced the existing fixings with plenty of screws to make the thing solid. 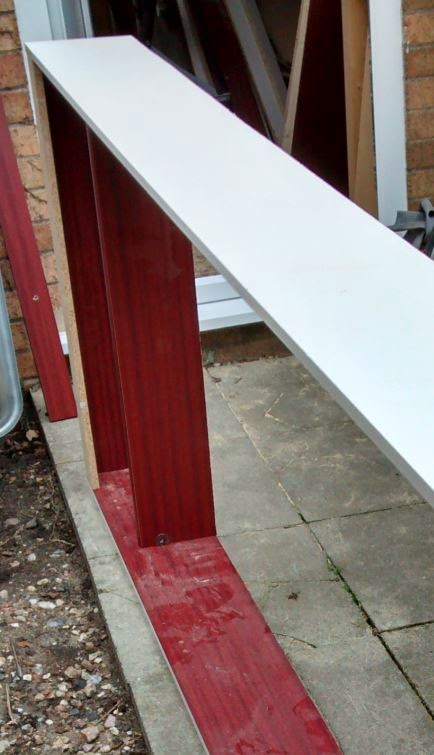 I had already cleared a space in the studio so all I had to do was drag the cabinet inside, fix it securely to the wall and refit the original doors. I had drilled plenty of holes for shelf supports and once the shelves were in place, I washed over the wood to remove dust and dirt and painted the shelf edges with acrylic paint.

When everything was dry, I started to put the blocks in - each on its side, the way they should be stored.
I grouped them: illustrations, bookplates, gardens,places, people, birds and animals. Long, awkward ones were laid at an angle at the top: 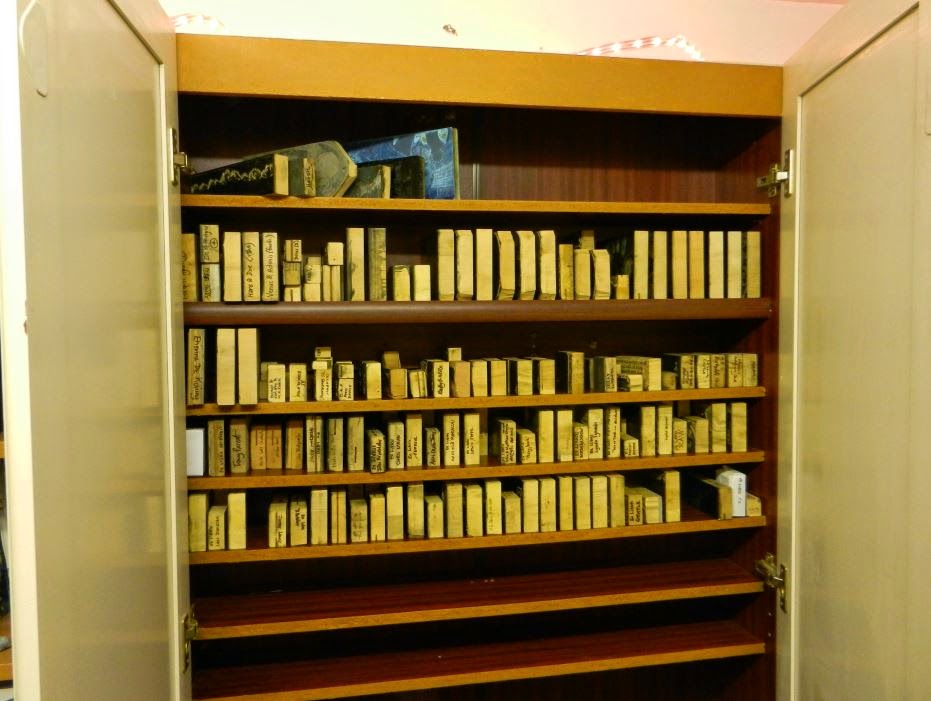 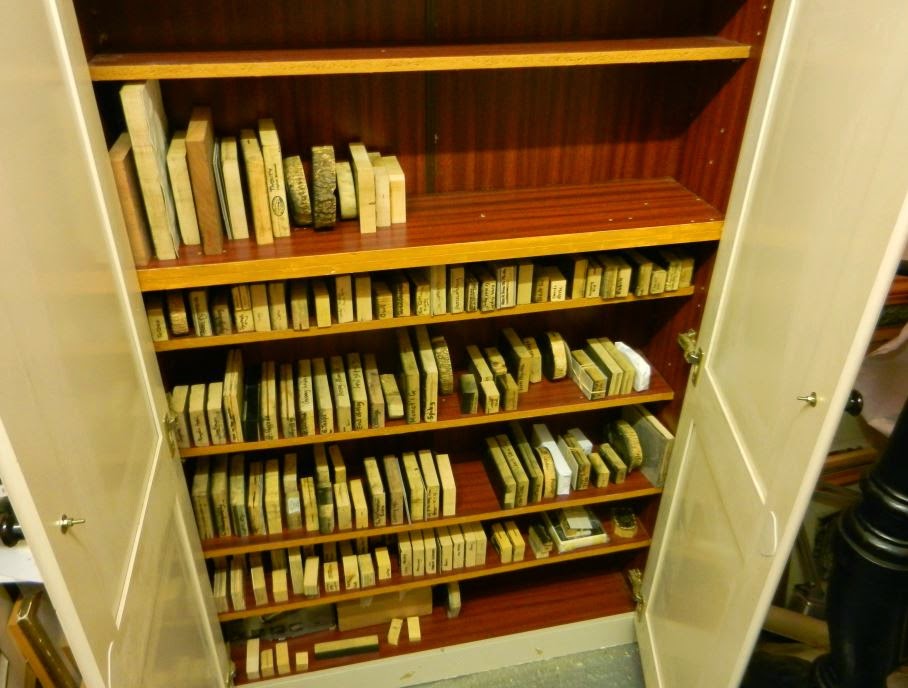 I stopped counting after 350 blocks. I still have a couple of boxes of early blocks to process so the final number will be something between 400 - 450, I imagine; quite a body of work.

The cabinet works a treat - it keeps all of my blocks safely and does not impinge very far into the space of the printing studio: 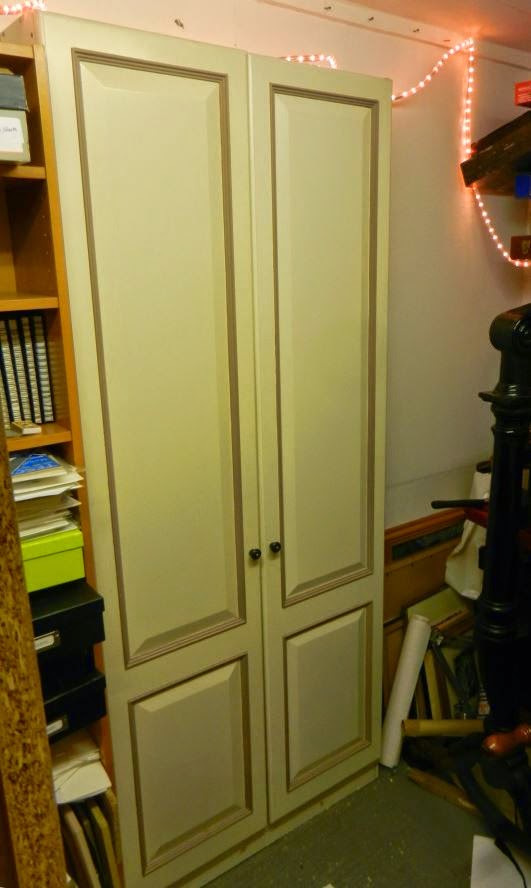 I have plans for the decoration of the doors.

You can see that a few things have been pushed behind "Red" during this process and when they have been tidied away I need to set about moving that press. That is going to be interesting!