A Outrance ("To The Death") is a chapter from "Northern Lights" by Philip Pullman. It is being reprinted by Oak Tree Fine Press, whose books raise money for organisations assisting children living with or affected by HIV/AIDS. Click on the image below to find out more and express an interest in purchasing this book. 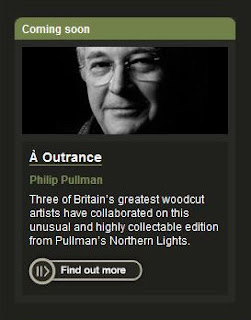 My original contribution was to collaborate with Chris Daunt and Harry Brockway to produce six full-page illustrations. My two were "Lyra consults the Alethiometer" and "Bears Fighting". The latter shows the point where two armoured bears fight at a dramatic moment in the story. My sketch had elements bursting out of a narrowed frame: 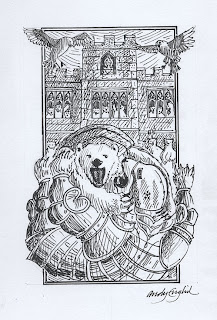 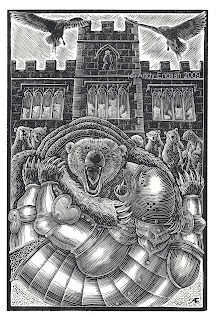 However, I engraved the image to the full frame so that it fitted in with the other engravings:

*Click* on any of these images for more detail.
I was asked to produce some further images and managed to fit them into a tight schedule. These included three decorated initial letters.

Letter A shows Lyra sitting out on an Oxford rooftop. Here is the sketch, followed by the engraving: 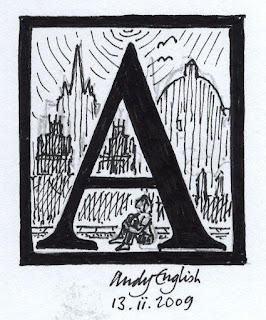 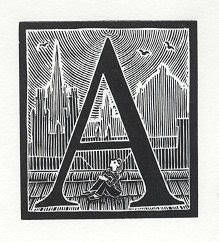 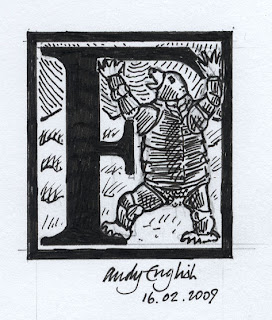 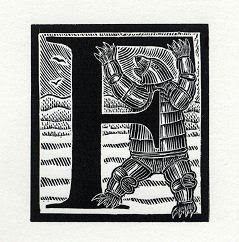 Here is a stage in the engraving of the final one: 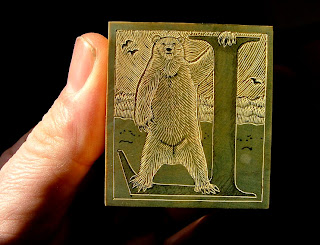 I was very pleased to capture the measured gaze of this powerful and thoughtful bear: 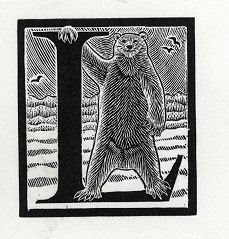 The next engraving was designed to be used at the end of a part page of text. Here is the engraved block, followed by the final image: 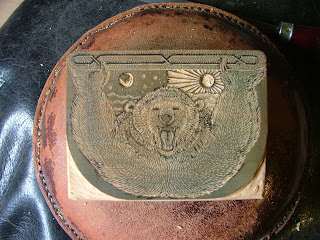 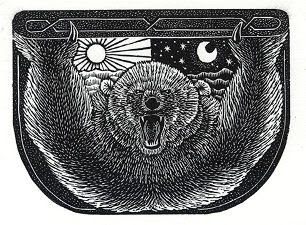 The most exciting part of this project was a large title page. Here is my sketch: 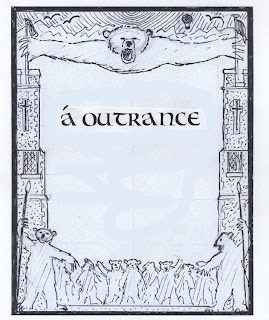 This involved buying the largest endgrain block that I had used. I have engraved larger images, but never on wood. Here is the block: 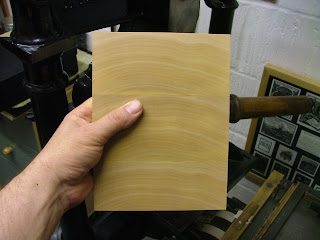 The drawing was transferred (in reverse) to the block which had been darkened with diluted ink and, slowly, I started to engrave: 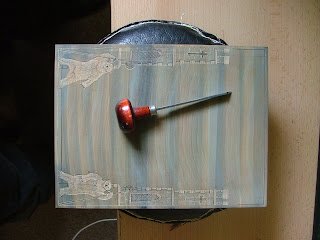 I reworked the bear at the top of the image to make him much more powerful and fierce: 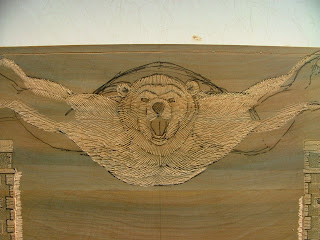 The central part of the block had to be cleared. I had drawn out the title by hand in an uncial style so that it could be made into a printing block. I divided the central area into small squares and cleared them one at a time with an alternation of round and square scorper: 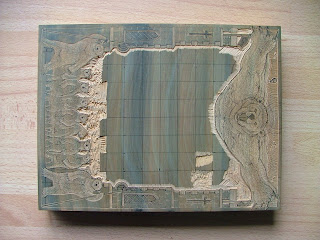 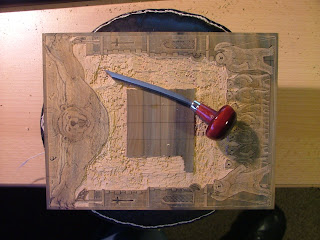 After I had finished that, I squared the area up and repeated the job. It took two full days to clear and I ended up with my fingers covered in sticking plasters to try to avoid blisters as I worked: 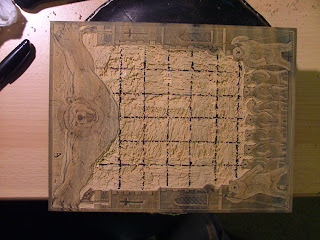 Eventually, I was happy that I was ready to take a proof from the block and it was clamped into the bed of "Red" the 1902 Albion handpress: 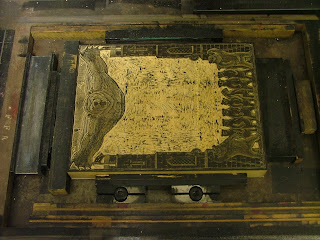 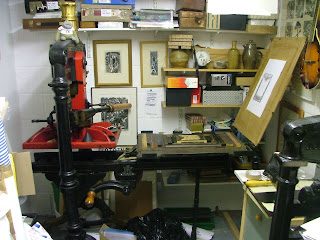 Here are proofs drying on the ceiling rack: 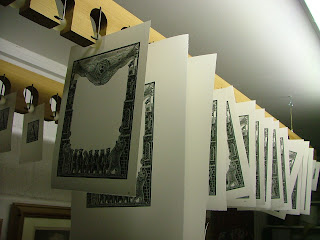 And here is a proof from the block. Click on the image to enlarge it. I am particularly pleased with the powerful muscularity of this leaping bear: 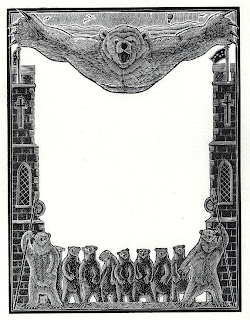 Finally, I engraved a small press device as a gift for the publisher: 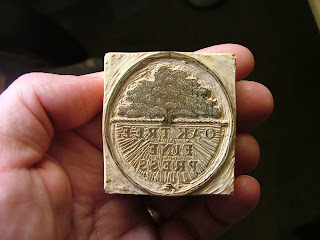 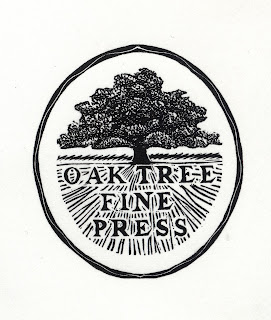 I really enjoyed working on this project. I thoroughly enjoy re-reading Philip Pullman's remarkable books and applaud the efforts of the Oak Tree Fine Press to raise funds for such an important cause.
Posted by Andy English at 11:38 am

Oh my goodness. I just gasped my way through this blog post, each successive image more amazing than the previous one. That fur!! Those teeth! The little bears in the windows, the metal of their armor. I'm enthralled and awestruck and delighted all at once. A fine fine job for a great cause.

Andy... Congratulations! I knew you were 'good' (read 'exceptional') but I'm delighted that you are getting the recognition you so richly deserve while you are still around to enjoy the benefits of that acknowledgment.

Your work always inspires me to be the best possible. I'm sure others feel the same way. Thank you for all your wonderful work!